The story of a young Dutch girl during World War II and the impact those years have had on the rest of her life.

Wilhelmina was a young child when Germany invaded The Netherlands in 1940 and then occupied the country for five years. By the end of the war, her mother was imprisoned in a labour camp and her father was on death row. Years of discrimination followed for thousands of children who were caught up in events out of their control. For some, the result was a lifetime of anxiety, PTSD and a desire to remain anonymous. After 80 years, Wilhelmina’s story is finally being told.

This is a story that has taken me 80 years to tell. It deals largely with my childhood during World War II, and my teenage years afterwards, which were much worse.
My father had been a collaborator and, as a result, I was despised and shunned by almost everyone that knew about my family.
As children, we suffered the consequences for a very long time. We had to keep it a secret from the whole world.
It interfered with my plans for the future and cropped up during my whole life. Even today, my anger surfaces on occasion.

For information about this e-book see the following website:  https://www.smashwords.com/books/view/956554 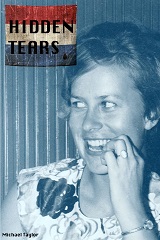